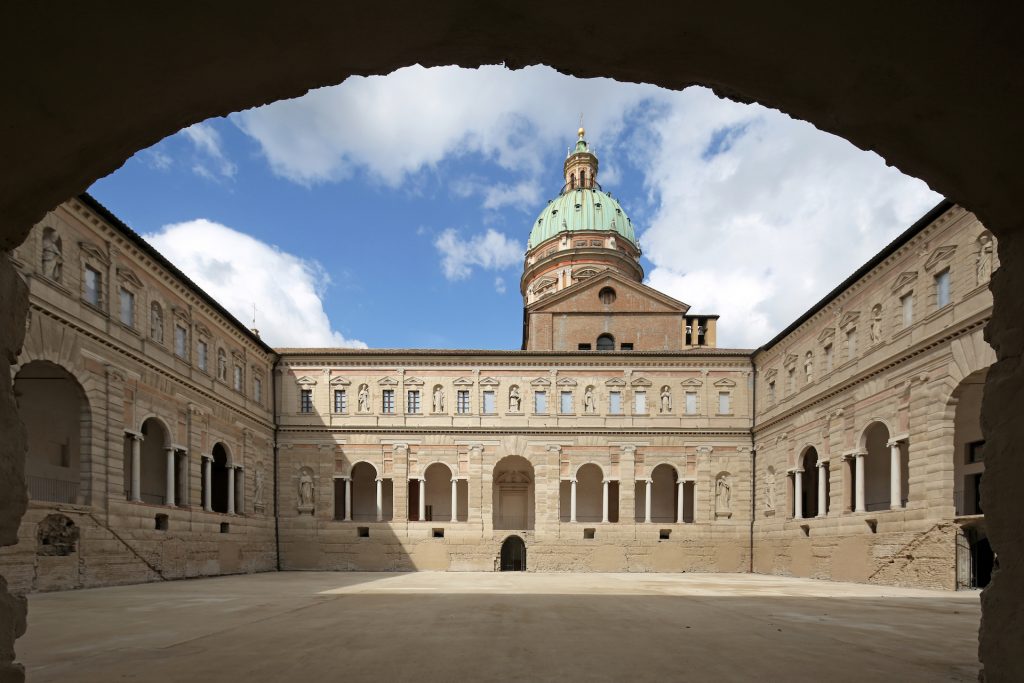 The cloister complex of the former Benedictine Monastery of Saint Peter and Saint Prospero is situated along the Via Emilia, next to the Church of San Pietro.

The construction of the Cloisters of San Pietro began in the early decades of the 16th century and continued for about a century. The small cloister, built between 1524 and 1534, was designed by the architect Leonardo Pacchioni with the contribution of the sculptor Bartolomeo Spani, while the main portico was built in 1541 to a design by Alberto and Roberto Pacchioni. Construction work continued until 1550.