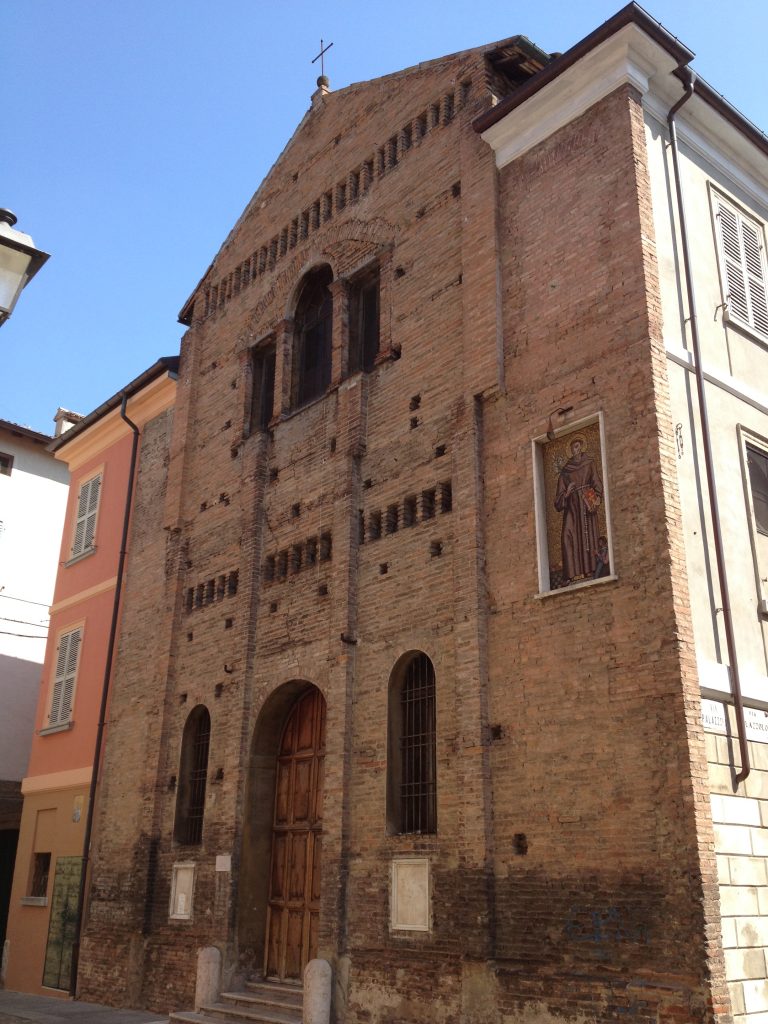 The Church of San Giovanni Evangelista, commonly known as San Giovannino, is situated in Piazzetta San Giovanni in the old town centre of Reggio Emilia.

The church was first mentioned in the 12th century. The present-day structure, with its austere, unfinished brick façade, dates to the 16th century and was designed by the architect Antonio Casotti. Of the original medieval structure only the perimeter remains today. 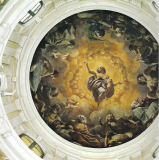 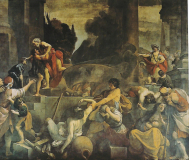 Lorenzo Franchi, 17th century, detail of the frescoes on the vault.