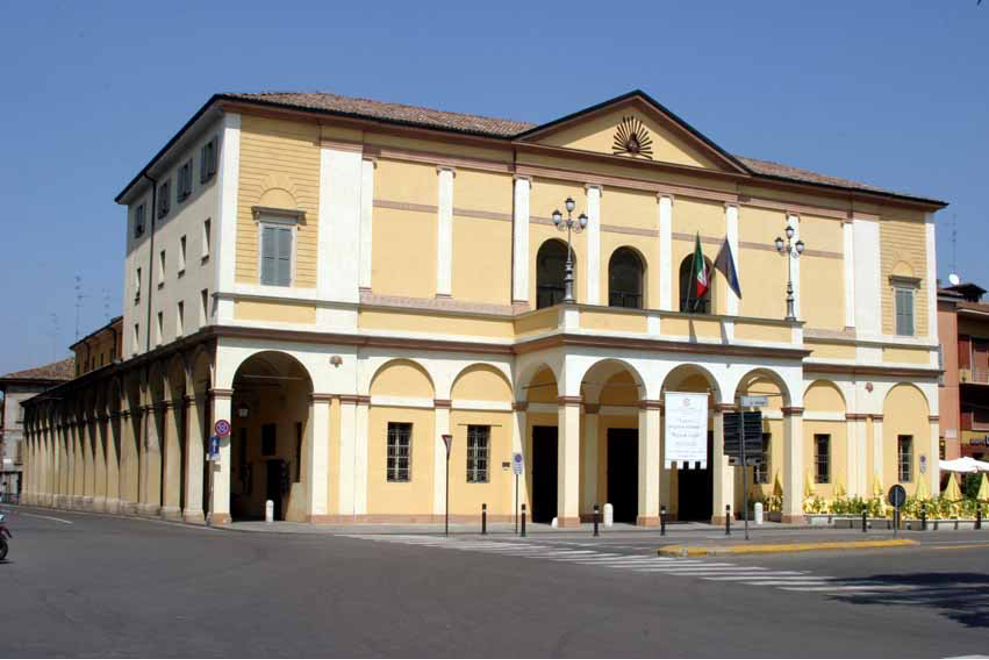 The Ariosto Theatre is located in Piazza Vittoria, in the city centre.

The city’s second-largest theatre after the Valli Municipal Theatre, the Ariosto Theatre is situated in Piazza Vittoria and stages drama and dance performances. It was built in1878 on the ashes of the Cittadella Theatre, which burned down during a fire on the night of 21 to 22 April 1851. All that remains today of the theatre designed by Antonio Cugini in 1740-41 are the octagonal vestibule with Ionic pilasters, the austere entrance hall with four Doric columns and the portico on the south side.
The reconstruction project was commissioned to the architect Achille Grimaldi and financed by Ulderico Levi, a wealthy member of an important Jewish family in the city. 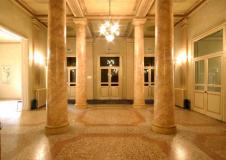 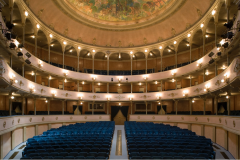