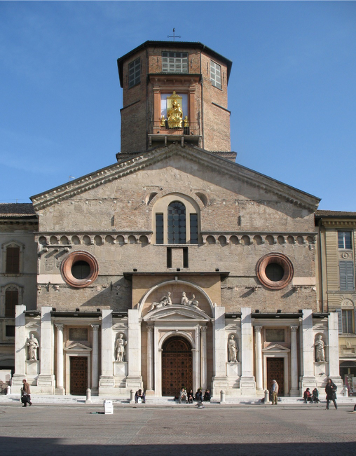 According to the records, a cathedral existed in Reggio Emilia between the 8th and 9th century. It was first mentioned in 857, and in that same year a presbytery located more or less on the same site is also attested to. Recent archaeological excavations have unearthed a circular structure beneath the first bay of the building, which may have developed on multiple levels, as seems to be suggested by the finding of two spiral stairways encased within the thick walls. Further investigations have shown that the circular building consists of two adjoining semicircles, of which the inner one was the apse of an older church of early Christian origins. 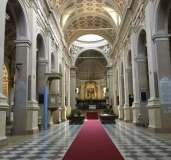 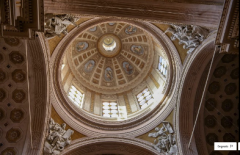 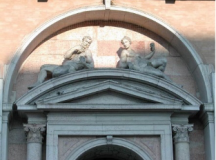